I was looking up Wellington on last.fm and saw that the name was attributed both to a band from Arizona from the ’90s, and also a Hungarian classic rock band from the ’90s. This post is about the one from Arizona. They didn’t have many plays, though I’m sure most of this has been shared elsewhere. But, in case you don’t have it, here you go. In the download is the Thank You Jesus lp, the Waterloo 7″, the split 7″ with Fall Silent, and the song from the Amnesia compilation. I know that they also put out a split with Noothgrush. I don’t have that – if anyone does and wants to share it, please do so and I’ll edit this post to include the download. What else did they put out? I don’t know. 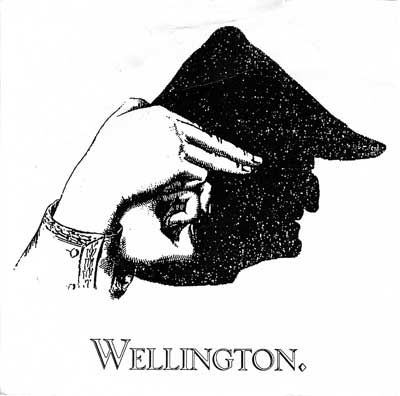 Last post I mentioned sludgefuzzed guitars. I think I mostly said that about Lewistown because Wellington’s guitar is kind of similar in tone. But Wellington does sludge like a band of demented sloths trudging through the black forest (though not quite as sludgy as others, such as Wormwood). I think the sign of a good sludgecore band is that halfway through the song you still can’t tell if it should be sped up to 45rpm. When listening to their song on the Fall Silent split, even after the vocals came in I still couldn’t tell if I was listening to it at the right speed. But as slow and steady and as mired in a swamp as Wellington are, they do spring together and chug toward driving fast parts. And when they do, it’s most satisfying.

That song, plus two others, are from the Waterloo seven inch. That’s my favorite stuff of theirs. It’s their earlier material – and the song on the Amnesia compilation is also an early one. Back then (1995) the vocals were a little more gruff. Later on (1996) they became a little bit more forced and varied in growliness and… more like Unruh (which, according to last.fm, band members later went in to (check my archives to find the Enewetak/Unruh split)).

One song from the Waterloo seven inch, “Please,” is also on the Thank You, Jesus lp. One’s with the earlier vocal style, the other’s with the latter. The lp is pretty excellent. And the opening sound is great – I wish I’d thought of it. 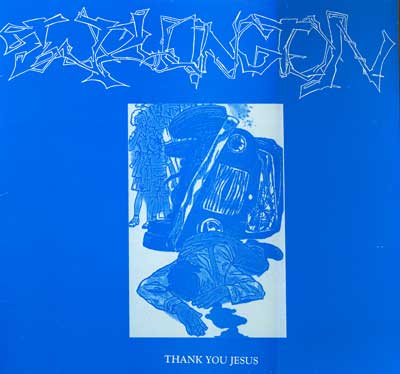 I included the Fall Silent song in the download. Right now I’m in a room with people that I don’t feel comfortable subjecting to this music, so I can’t refresh my memory of them. They are sort of chuggy and hardcore-ish, but the recording is rough and raw. Kick ass drummer. I’m pretty sure I saw them once. 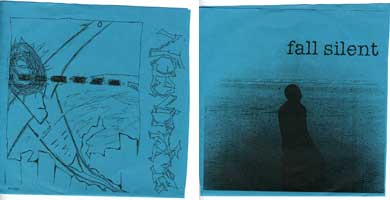 All of these were put out on Fetus Records. The Amnesia compilation was put out on Ebullition (I only transferred the one song from that comp).

Comps! Realization and The Spirit of Solitude

The guitarist/singer in Wellington played guitar in Unruh. That’s the connection.

Mike from Wellington is in Black Hell now.

Gah, I vaguely remember there being a reason why a long time ago I decided not to post Wellington… the discography’s already out! But then I forgot, and so I posted them. At any rate, no harm done. I’ll post a link to deep six, so if they want people can listen to crackle-free versions and the songs I missed.

Anyway, thanks! I worry about the day when I run out of stuff to post. I want to keep this going… so at some point I’ll have to tap into the nether realms of my collection.

Deep Six put out their discography CD. I was gonna post that one on my blog a while ago but since my computer is only slightly more functional than a pile of dog shit I’m not posting a damn thing, sorry.

Anyway, not to sound ass kissy but your blog rips…I dont think there’s been much that you’ve posted that I dont find quite enjoyable.