All these bands are included in the zip. 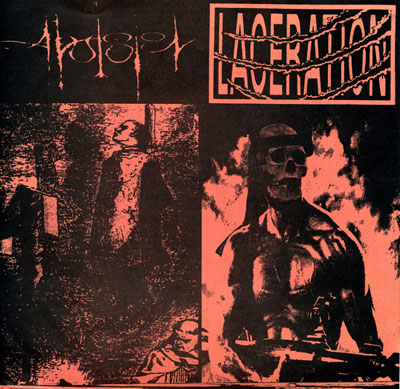 I’ve had this record forever. I borrowed the other two records from DJ Invisible Touch.

Here’s a track, Duct Tape, from the Avulsion split.

The lyrics: “Saves my shoes. Saves me money. Duct Tape. Thank You.”

Avulsion is rad. Basically dual-vocaled grindcore, with (at times) Slayer-esque guitar riffs. Songs about not being into drugs, etc. Pitch-shifted vocals.

These are all from around 1996. Scans of the covers and inserts are included. About 40mb. About 35 tracks total.