Here’s the 2nd movie in the Search series: The Search II! 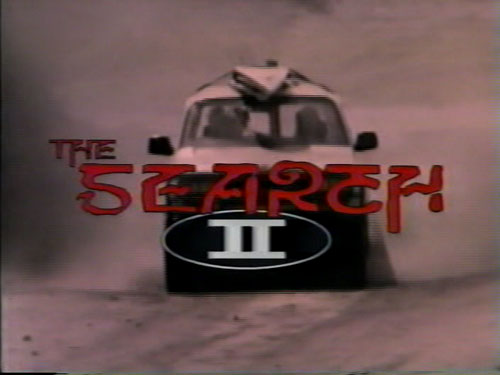 I have some trouble choosing a favorite in the Search series, but I will say that there are times when this one tops them all for me. It might have something to do with how it ends with a calm montage showing empty line-ups, African street art, and boats sitting alone in the Indian Ocean. Like the first Search, much of the action takes place in Africa (with a stop or two in Bali). Curren is at his peak (luckily, it’s a peak that’s lasted a good while). And Shane Beschen and Brock Little join the crew. 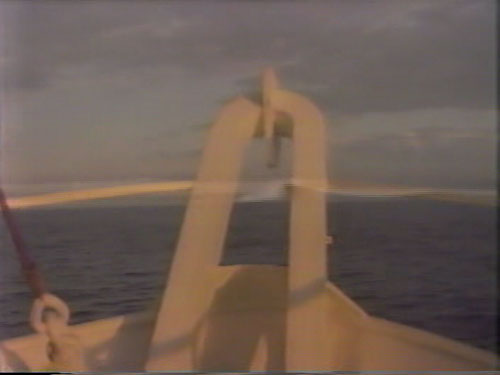 Unlike the soundtrack from the first Search, this one contains songs with vocals. Track 6, 7, and 8 are all by African artists. I’ve heard a couple versions of this song, Nehamusasa, but I think the one on this soundtrack is the most solid of them all. Listen: 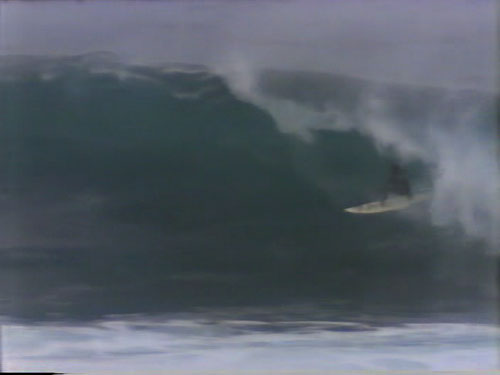 For the “high octane” sequence they chose an Offspring song. I don’t really think it fits in with the rest of the songs, and I usually skip it when listening to this soundtrack. Overall, though, this soundtrack is a great compliment to the first Search’s. Guitar-driven jams, audio-clips from their travels, etc.

Some months ago I posted this segment from the video. Two songs worth:

Once again, this was recorded from VHS to DVD, and then the audio was extracted. It is crackly at times, and I can’t always tell if that’s from the VHS tape, or from the songs themselves. Also, I made up the song titles. I don’t think I’ll be posting The Search III: Beyond the Boundaries. It is a great surf movie, and carries on the feel of the first two – but the soundtrack has quite a few commercial rock songs (like, post-Pearl Jam’s “Ten” -type bands), and I don’t want to step on any toes by posting it. But, maybe I’ll change my mind.

So awesome to find this. I watched that movie so much that I can see all of the waves just listening to the songs! Now where can I actually find a digital copy of the movie?

Glad to necro this thread Ryan - thanks so much. Listening to this soundtrack reminds me of the days of true surf films. Used to watch these with my buddies getting pumped to go surf, like you Search II was our favourite.

Sharpie - Yeah, this version is perfect. I’ll check the credits to see if it says anything. Stay tuned.

Thomas Mapfumo and Blacks Unlimited !- I spent an hour searching youtube, but no luck - then tried a song ID app on my phone- thought it would have no chance , aggh , the technology !! thanks again ,check Thomas out- this track is on you tube along with another version of his. If you are on spotify, this track isn’t there , but a heap of his other stuff is . Thanks again ! Keep searching !

Gday Ryan- I am obsessed by Nhemumasa, but this is the only version I like - do you know the artist ?? cheers , Anthony

well, like Luis i’ve been waiting a long long time this one. Thank you very very much Ryan for your hard and patient work. This soundtrack is quite a jewel and is hard to find. again thank you so much Ryan

Same here! Looking to listen to these beauties again, thanks a lot for the upload!

Thanks a lot bro! I was looking for this sound for many years.

hello ryan, to be honest i was searching for this soundtrack for almost 20 years can u believe it omfg thank you very much for upload this amazings tunes, make my day, i m from peru lima, i go surf tomorrow motivated with this ,

(I sent it to him via email)

I saw you probably won’t be posting Seach III Beyond the Boundaries soundtrack, do you possibly know where I can find it? Looking for Bad Man in the Tree by Liquid Groove, can’t find it anywhere!