This is one of the first records I got. I had a friend in gym class (in, I dunno, 1995, when I was a sophomore), and he was into hardcore. He had a tape with some Antischism and Heroin and Apeface (speaking of which, if anyone has the Apeface/Lemming split 7″, share it!!). We were both big into surfing. I had passed through a metal phase and was then stuck with pop/surf punk, such as Pennywise. But it wasn’t enough. I was into his stuff. It seemed, to my untrained ears, to be the perfect combo of punk and metal. But he was always going on about Struggle and Manumission and Man is the Bastard, and I couldn’t keep up. So he sold me some records to serve as an introduction — the Rugburn/Jeberrekenelle split lp, the Rorschach/1.6 Band split 7″, and one other one which I can’t recall at the moment… possibly the Heroin paperbag 7″. Those served as my favorite records for a time. I’ll share the Rugburn/Jeberrekenelle split soon, since it’s great. Then we went to shows, including GoletaFest (1996?), wherein I bought the Reach Out 7″, the Jihad 7″, one of the Thenceforward 7″‘s, I think the Second Story Window 7″, although I don’t have that one anymore, which sucks, and other crucial records that then rested next to my dad’s turntable for many months (headphones only! lest I scare my parents too much). 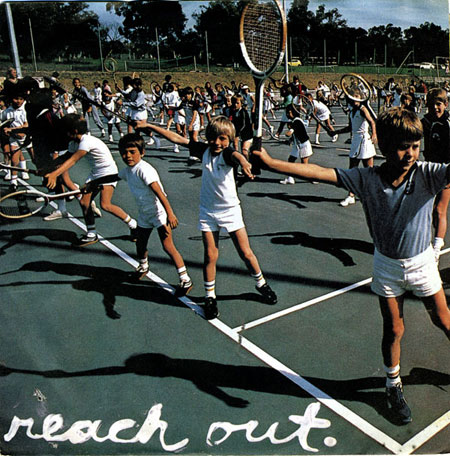 My friend watched with jealousy as I bought this record. He wanted it. And for some reason he didn’t want to buy it after I’d picked it out for myself… At any rate, it’s a mesmerizing record. One of my all-time favorites. The dual-guitars seem to swirl endlessly around one another, the drums, especially the kick drum, (though subdued on the recording) defy domesticity, and the vocals are screeched out with such venom and anguish that you can absolutely feel it. A friend who grew up in the same area as them (Pleasant Valley/Bay Area, CA, and thereabouts) told me that the singer would sometimes throw up during shows… Yet there’s a beautiful harmony to it all.

There are two tracks on each side. However, they flow into one another, so I’ve saved each side as single files. This was put out on Great American Steak Religion, in 1993.

looking forward to listening to this.

I bought their discography CD from mp3 a bunch of years ago, so I think I have that stuff. Yeah, it’s great.

They also had a cassette single on Reality Control?. It’s amazing.

I went to high school with some of the folks in Jeberrekenelle (though I didn’t know them personally). I think it’s crazy that you’re familiar with them. Crazy and cool.

Oh god, you listen to so much good music. Seriously!! Rugburn/Jeberrekenelle, Thenceforward… I thought i was the only one who still listens to those bands..

And I just posted the compilation.

Thank you so much!! I’m really happy. I am waiting for the post with the compilation.