I have my aspirations.

As a follow-up to this now-deleted post about wanting to become an extra on some kind of video production, I’ll now briefly record the fact that I did, just last week, procure work as an extra. Come June or so, I’ll be in a show on TLC. I was cast as the older brother, and my part was pretty substantial (although it was just a short skit). I’m still not sure if I’m able to act, but I tried. I’m topless in the scene, and wearing white and multi-blue striped shorts. It was a great experience. Alas, the production company was from England. So I won’t be making a career out of not making it in the industry. That was the extent of my acting prospects. In fact, my stint in Seattle has come to an end. In a couple weeks I’ll be employed elsewhere, in mental health. Back in California. So long Seattle. It was an interesting two months. But I’ll be taking my can of bungees. 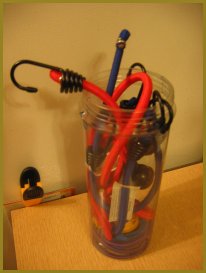 The king of all rom hackers?