How to be seen without seeming scene

This post is a bit of a follow-up to the one where I plastered my bike with reflective tape. I’ve since added green spoke lights. They took five minutes to install. I think they make me way more visible than standard front and rear lights because: 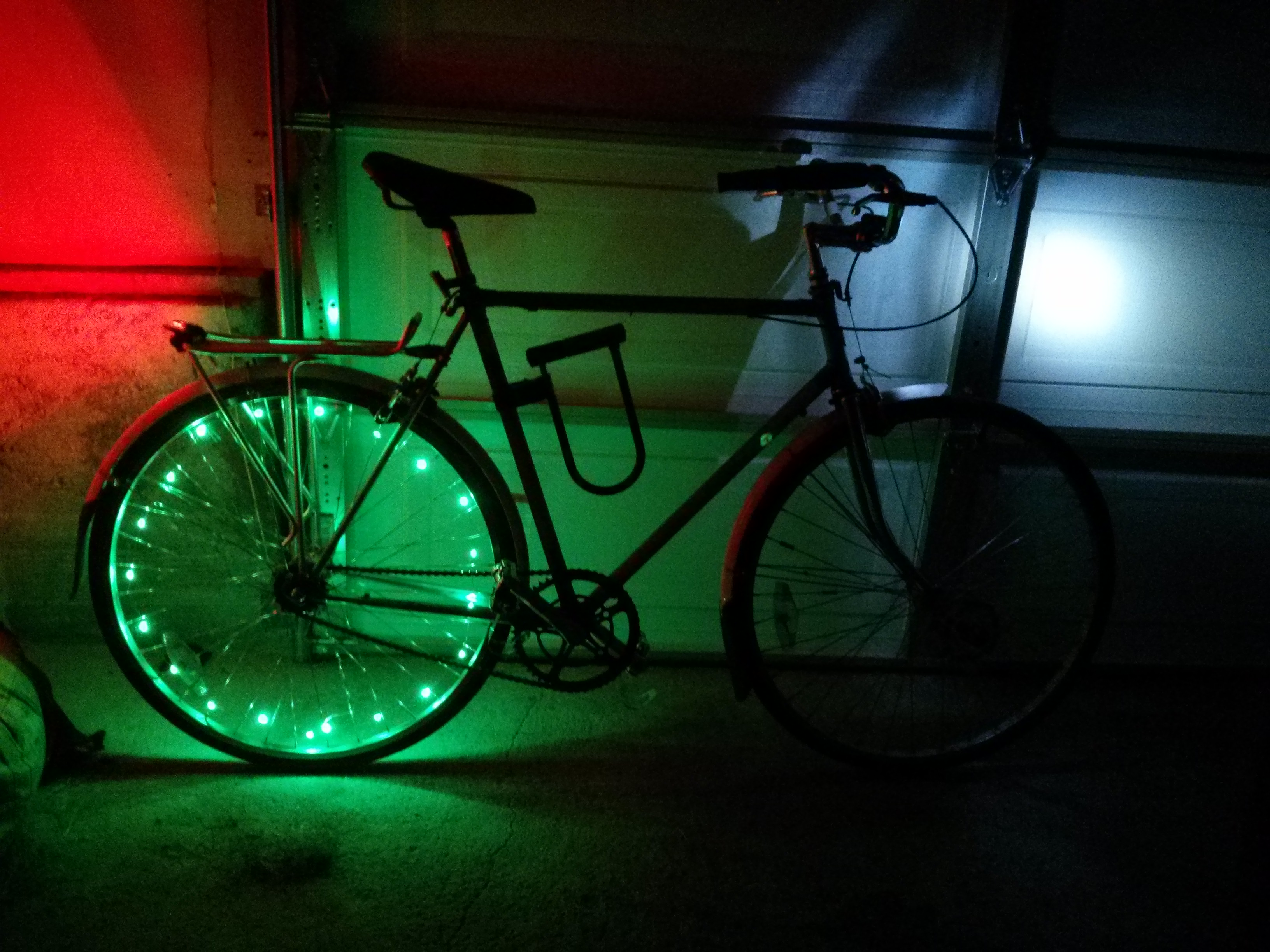 I got them from Amazon for $6. About a year ago I bought them from a seller on Etsy for $20. I thought he made them. They’re simple devices (string of 3M LEDs with a battery and a switch), and he made a video talking about his creation (plus you can’t resell stuff on etsy unless it’s vintage). But, I’m fairly sure he was just selling these RTGS brand ones with a big markup. Also, I followed his installation video and after a month both fell off and broke because they advised using two zip ties.

So! Make sure to attach them using FOUR (4) zip ties. I don’t have a picture. But just wrap two zip ties (next to one another) around the battery box. Then slip two zip ties under those two (perpendicular to the first two). Then wrap those two around your wheel hub. Tighten it. For the LED string, wrap it around one spoke a bunch of times, heading toward the wheel. Once it gets close to the wheel, turn and go around the perimeter. Wrap the string around every other spoke as you go.

This is a cheap and easy way to be WAY more visible while riding your bike. I’ve definitely noticed that drivers seem to spot me immediately. And it looks cool.