In case you’re on Twitter, consider following an account of mine, @futurespa. Future Spa began as a pinball machine in the late ’70s. But it’s a rich concept – and it includes some of my main interests: science fiction, exercise, relaxation – and so I thought I would give an attempt at expanding upon the world. 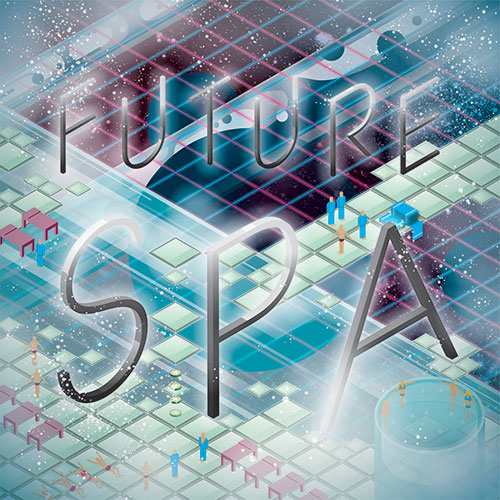 (my pal Drew made that a few years ago for me)

The account is from the future, and provides updates on happenings at Future Spa. Such as:

A deflated innertube is lodged in the drain of the Cybergyre Lazy Pool. We're gonna crank up the flow, see if that sucks it through.

Poll: Should Time Bending Pulsar Wristguards be banned from the badminton court? Or is all fair in space and time and war?

I’m not exactly sure where this all will go, in the end. I had a comic concept going for a while, but it faded. For now, it’s just fun to get creative, and to be somewhat-funny, and to think about the future.