Observant visitors to this internet domain, and all the knotty subdomains contained herein, will notice all the addresses to be some variation of skyly phrase having to do with blue skies above us. For instance, this page right here is called Mostly Blue Skies Above Us. I think it’s a positive phrase–as opposed to, say, Partly Blue Skies Above Us. In general, I try to be a positive guy about things, and I think mostly, in this case, reflects that well. 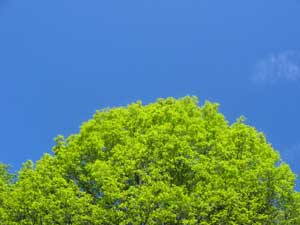 To set the record straight for good, I’m going to clarify what Mostly Blue Skies Above Us means: it means that there are also, amidst the blueness, some clouds high up in the sky.

Now, what would you think if you caught someone or something saying or writing that they are “fighting the banality of ‘blue-sky thinking’”? You’d probably, I’m guessing, wonder if they are advocating multi-hued skies. But if you are me, you wouldn’t worry about that so much, because you know they aren’t, because you’ve read the rest of the accompanying sentences. And so what you’d do then is you’d quickly embrace them. And then you’d hope that maybe they are paying attention to the qualifications in your subdomains, and so know that you’re about more than just strictly blue skies, and so they won’t be inclined to push you off of them and then punch you.

I love clouds. And I’m proud to say that my new favorite friend–the entity behind that fragment of a sentence quoted above–is The Cloud Appreciation Society. Browsing their website and their flickr page, I feel like I’ve already been a friend forever. And I haven’t even signed up yet!

Dig their manifesto with me–it’s totally esoteric. (as of this posting, the manifesto is a page devoid of words, containing one photo of a cloud.)

The Join Us page has some written info:

You love lying in the park on a summer’s day and looking for shapes in the cumulus clouds. You think a mackerel sky of puffy altocumulus stretching off towards the setting sun is one of the most beautiful sights in the world. In short, you love clouds. And yet everyone else just seems to complain about them. Are you the only one who thinks life would be poorer without these glorious ‘patron goddesses of idle fellows’?

No, you’re not. There are others like you. And together we’ll fight the sun fascists and their obsessions with ‘blue-sky thinking’. As a member of The Cloud Appreciation Society, you’ll receive a free membership certificate and a badge (as shown to the right).

We hope you will frame your certificate, display it prominently and wear your society badge with pride at all times, including when you are in the bath.

I’m going to join TCAS. And I’m going to show them that not all people who are way into blue skies like me are blue-sky fascists! I love mostly blue skies. I love imagining blue skies. And so on. And when I’m imagining totally blue skies, I sometimes add in a cloud or two just to get some texture in there!

Membership only costs three pounds. That seems really good to me for including a badge and certificate. But maybe I don’t know what the conversion rate is right now. Members contribute cloud art, cloud photos, cloud poems, they’ve published a Cloud-Spotters Guide, and they even feature a Cloud of the Month.

In addition to that cloud photo of mine posted above, here’s another recent cloud photo of mine. So, um, I think I’m going to go the cloud poetry route in order to get across my message of tolerance and positivity for all variations of sky. I feel like I’ve really found something here. I should add a few little clouds to my banner image. I think that would be appropriate.

When in seattle last year there was news of frozen fog. I never walked or drove into it, though.

I’ll have to look into that venus atmosphere.

The clouds of Titan parted enough to reveal a mile high mountain this week.

Venus has clouds(atmosphere) so thick no matter where you looked you would see the back of your own head. (I don’t really understand it but it sounds cool). The Soviets sent a diamond to Venus to try to get a peak under her vestments but she kept the diamond and her mystique.

The multi-hued sky makes for a nice contrast. I am looking forward to some Tahoe cloud gazing in the near future.